« Obama to open talks with $1.6 trillion plan to raise taxes on corporations, wealthy - Federalism DIY: 10 Ways for States to Check and Balance Washington » 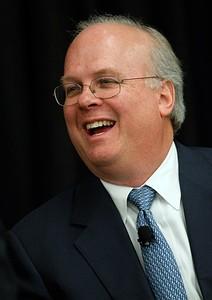 Liberals do not grasp the distinction between Ronald Reagan and (either) George Bush.   This blind spot creates a massive confusion and hazard to their ambitions. Obama defeated neither the Reagan Narrative nor Team Reagan.  Team Bush appropriated, and then marginalized, both.  Obama beat Team Bush, not Team Reagan. The implications are huge.

There was a touchy relationship between President Reagan and his Vice President George H.W. Bush.  They were rivals during the primaries.  Bush attacked the Reagan economic agenda as “voodoo economics.”  Bush served faithfully as VP for eight years but Reagan and Bush never warmed to one another.  There was precious little rapport between the populist figures populating the Reagan circle and the Eastern establishment retinue of the son of the patrician Sen. Prescott Bush.

When George H.W. Bush’s turn came he talked like Dirty Harry, “Read my lips.  No new taxes.”  When the moment of truth came, George H.W. Bush blinked, raising taxes.   His presidency was liquidated by the perfect storm of a Reaganite base revolted by the abandonment of a solemn campaign pledge plus a tax-increase induced recession.  Bush pere was a conservative and a very decent man.  He was hornswoggled by elegant Mandarins like Dick Darman.

George W. Bush, as good as, and more conservative than, his father, was hornswoggled too.  He campaigned on the theme of “compassionate conservatism.”  That phrase, like his father’s “kinder and gentler nation”, implied a certain pitilessness in Reagan conservativism.  The implications complied with the liberal caricature of Reagan.  Pitilessness, however, reflected neither the self-concept of most Reagan loyalists nor our splendidly humanitarian outcomes (such as the dramatic reduction of the Misery Index).  Real conservatives saw Reaganomics as a way of creating broad-based opportunity, not as catering to the rich.  It worked out exactly that way … in America and throughout the world.  The blossoming of free market principles — especially low tax rates and good money — brought billions of souls out of poverty, from subsistence to affluence.

In an intraparty succession barely noticed by the mainstream media the Bush forces supplanted the Reagan forces within the GOP.  Keepers of the Reagan legacy tended to end up at positions of respect and influence within the conservative movement.  For example Reagan intimate, counselor, and attorney general Edwin Meese III long has held a prestigious office with the Heritage Foundation, the flagship of the Washington conservative establishment.   Even though Meese was a General in the Reagan Revolution, though, his influence on a Bush cohort-dominated GOP — one that chiseled Reagan onto Rushmore while ignoring Reagan’s philosophy — is constrained.

The enormity of (and surprise at) the defeat of Romney is a huge setback — and perhaps fatal — to the Bush Mandarins’ hegemony over the GOP.  If so, the potential re-ascendency of the Reagan wing of the GOP will prove very bad news for liberals and excellent news for the Republican Party.  The Reagan wing now can resurge. A resurgence already has begun.

Many of the same Mandarins that delivered a stagnant economy to President(s) Bush had a hand, directly or indirectly, in misguiding McCain, and then Romney, to resounding defeat.  This catastrophic performance may discredit, permanently, Karl Rove and Ed Gillespie, among others, with the donors.  The Mandarins’ Svengali-like power over the donors was the major source of their power.  If even a substantial minority of the donors are fed up with Rove it will open the field for a generational change in party leadership … and direction.