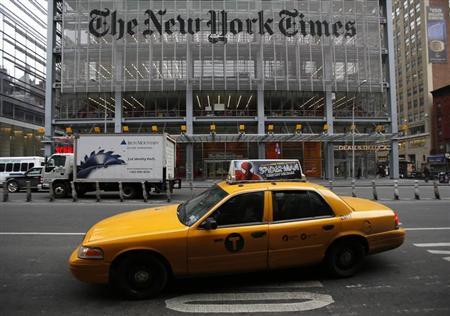 New York Times Co reported a decline in quarterly revenue on weak advertising sales but said it would try to grow out of the slump by expanding its suite of digital products.

The 11.2 percent drop in advertising revenue in the first quarter underscores the pressure that the New York Times faces to increase its subscription revenue, especially for its digital products, and find new veins of income.

The company plans to roll out a line of lower-priced products – including an expansion into e-commerce and games – to attract more readers around the world.

“We want to deepen our relationship with our existing loyal customers, but we also want to use a wider family of New York Times products to reach new customers both here and around the world,” Chief Executive Officer Mark Thompson said in a statement.

Paid subscriptions to digital products at the company’s namesake paper and The Boston Globe totaled 708,000 in the first quarter, a 45 percent increase from a year earlier.