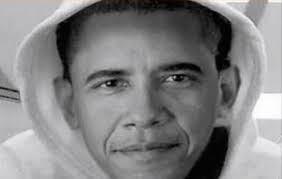 A new poll by NBC News and the Wall Street Journal reveals that public perceptions about race relations in America have taken a devastating hit since the election of Barack Obama. At the beginning of the president’s first term, 79 percent of whites and 63 percent of blacks had a positive view of American race relations. Those numbers have plummeted to 52 percent and 38 percent, respectively. Meanwhile, 45 percent of whites now consider race relations fairly or very bad, compared with 20 percent in 2009, and the negative views held by black Americans has jumped from 30 percent to 58 percent. Thus, the idea that the election of Barack Obama would usher in a golden age of so-called post-racial relations has exploded. And the president and his administration bear the lion’s share of the responsibility for lighting the fuse.

The poll, conducted in mid-July by Hart Research Associations and Public Opinion Strategies, has tracked Americans’ attitudes about race since 1994. And despite only a single poll question regarding the Zimmerman trial, which asked whether the outcome increased, decreased, or didn’t affect one’s confidence in the legal system, the steepest decline in positive views, and greatest increase in negative views, occurred in the last two years. That the timeframe largely coincides with the Trayvon Martin shooting controversy is likely no coincidence.

The Trayvon Martin case is one of the most visible examples of the Obama administration’s deliberate poisoning of race relations; all in coordination with the NAACP, the racial grievance industry and the corrupt leftist media. We now know that the administration had direct involvement in fanning the flames of racial discord that brought the case to the national stage. The Eric Holder-led Justice Department’s Community Relations Service (CRA) was sent to Sanford, FL to help set up meetings and organize protests. Among other services, the administration arranged an escort for college students participating in a 40-mile march to “demand justice” for Trayvon. When the situation erupted, Obama then famously took the racial motif national, saying, ”If I had a son, he would look like Trayvon.”

Even after the jury rendered its not guilty verdict in the Zimmerman trial, Obama, once again, injected himself into the case, this time noting that “Trayvon Martin could have been me 35 years ago,” and launching into a lecture on race — despite the fact that a Martin family lawyer, Trayvon’s stepmother, the Sanford police, and an investigation conducted by the FBI all concluded the case had nothing to do with race.